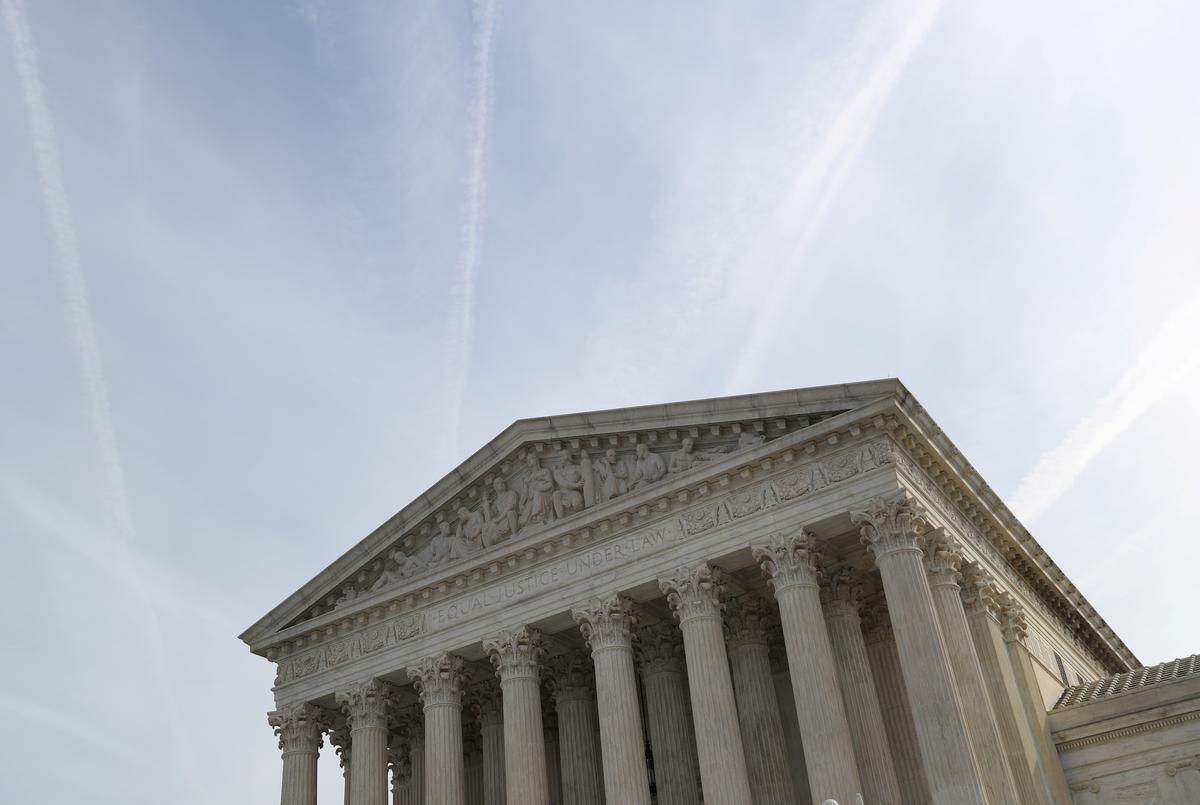 WASHINGTON (Reuters) – In the staid world of the U.S. Supreme Court, where decorum and etiquette are prized and silence is enforced by court police, the F-word could create quite a stir.

Yet that expletive and others will be the focus on Monday when the nine justices hear arguments in a free-speech case brought by Los Angeles-based clothing designer Erik Brunetti. His streetwear brand “FUCT” – which sounds like, but is spelled differently than, a profanity – was denied a trademark by the U.S. Patent and Trademark Office.

Brunetti has tried to calm concern about the potential for foul language during arguments in the ornate courtroom. In a written brief, his lawyer told the justices “the discussion will be purely clinical, analogous to when medical terms are discussed.”

At issue is a provision of U.S. trademark law that lets the trademark office deny requests for trademarks on “immoral” and “scandalous” words and symbols. Brunetti, 50, is challenging the law as an infringement of his right to freedom of expression, protected by the U.S. Constitution’s First Amendment.

In 2017, a Washington-based federal appeals court ruled in his favor. President Donald Trump’s administration has appealed that ruling to the conservative-majority Supreme Court. The provision at issue has been on the books for more than a century.

Uttering profanities inside the walls of the Supreme Court is one thing. The main concern, the administration said, is all the expletives and sexually graphic imagery that would flow into the marketplace if the law were to be struck down.

For Brunetti, the government’s fears are hypothetical.

“There are always going to be people who are offended, but you can’t control how everybody thinks,” Brunetti said in an interview. “When it has to do with the First Amendment, it’s a slippery slope.”

The justices struck down a similar law forbidding the registration of “disparaging” trademarks in a 2017 case involving an Asian-American dance rock band called The Slants, a name that trademark officials deemed offensive to Asians. Speech may not be banned even if it expresses ideas that offend, the court ruled.

Banning vulgar terms and sexually indecent images is different because it does not discriminate against anyone’s viewpoint, U.S. Solicitor General Noel Francisco, the administration’s top Supreme Court lawyer, said in a written brief. Instead, it “advances the government’s interest in encouraging the use of marks that are appropriate for all audiences, including children.”

The federal government, Francisco added, should not be forced through the trademark system to actively promote words and images the public would find shocking or profane.

Brunetti, who grew up skateboarding, saw a market for edgy streetwear and founded FUCT in 1990, with a focus on questioning authority. “That was the cleverness of it, that a majority of people think it’s pronounced ‘fucked,’” he said. The acronym, he added, also means “Friends U Can’t Trust.”

A trademark would make it easier to protect his brand against counterfeiters. But the FUCT trademark application, filed in 2011, was denied. The trademark office said the brand would be perceived as the phonetic equivalent of the profanity, observing that Brunetti’s products contained sexual imagery, misogyny and violence.

“That sounds to me like every movie that has come out over the last 40 years,” Brunetti said, adding that his products are actually quite tame. “Should we start regulating the entertainment industry then?”

The American Civil Liberties Union, backing Brunetti in the case, noted that the Supreme Court in 1971 upheld the free speech rights of a Vietnam War opponent convicted of “offensive conduct” for wearing a “Fuck the Draft” jacket.

“We don’t want the government picking and choosing the messages it approves and disapproves of,” ACLU attorney Emerson Sykes said.

The court has decided other cases featuring profanities more recently. In 2009, it upheld a federal crackdown on “fleeting expletives” uttered on network television, including actress-singer Cher’s use of the F-word at the 2002 Billboard Music Awards.

Brunetti used to sell his wares in some retail stores, but has moved exclusively online, where his monthly lines sell out within hours. Among his recent products: A hoodie that reads, “We are Fuct.”

In its 2017 ruling in Brunetti’s favor, the U.S. Court of Appeals for the Federal Circuit – a court that specializes in intellectual property – noted the ubiquitous nature of vulgar content, with or without trademarks, and skewered the government’s attempts to police it.

“In this electronic/Internet age, to the extent that the government seeks to protect the general population from scandalous material, with all due respect, it has completely failed,” the court said.

And it said the trademark office applies the law unevenly. Even other words referencing the same foul term as Brunetti’s have been approved, such as Fcuk, and Mutha Effin Bingo, the court said. Meanwhile some powerful messages, such as “Fuck Cancer,” run the risk of rejection.

The Trump administration tried to emphasize the importance of targeting vulgar material, filing with the Federal Circuit a list of rejected registrations including drawings of sex acts, pictures of genitalia, and phrases like “Fuck Off You Fucking Fuck.”

The administration said even more graphic and vulgar trademarks would be submitted for approval if this law were to be struck down, with a ripple effect that could reach beyond trademarks because all levels of government commonly exclude explicit pictures and profanity from places or programs they create.

“Even military cemeteries or public transportation advertising authorities could lose control over whether that graphic or profane content would be displayed on their property,” the administration said.

For a graphic on major Supreme Court cases this term, click tmsnrt.rs/2V2T0Uf

Reporting by Andrew Chung; Additional reporting by Lawrence Hurley; Editing by Will Dunham