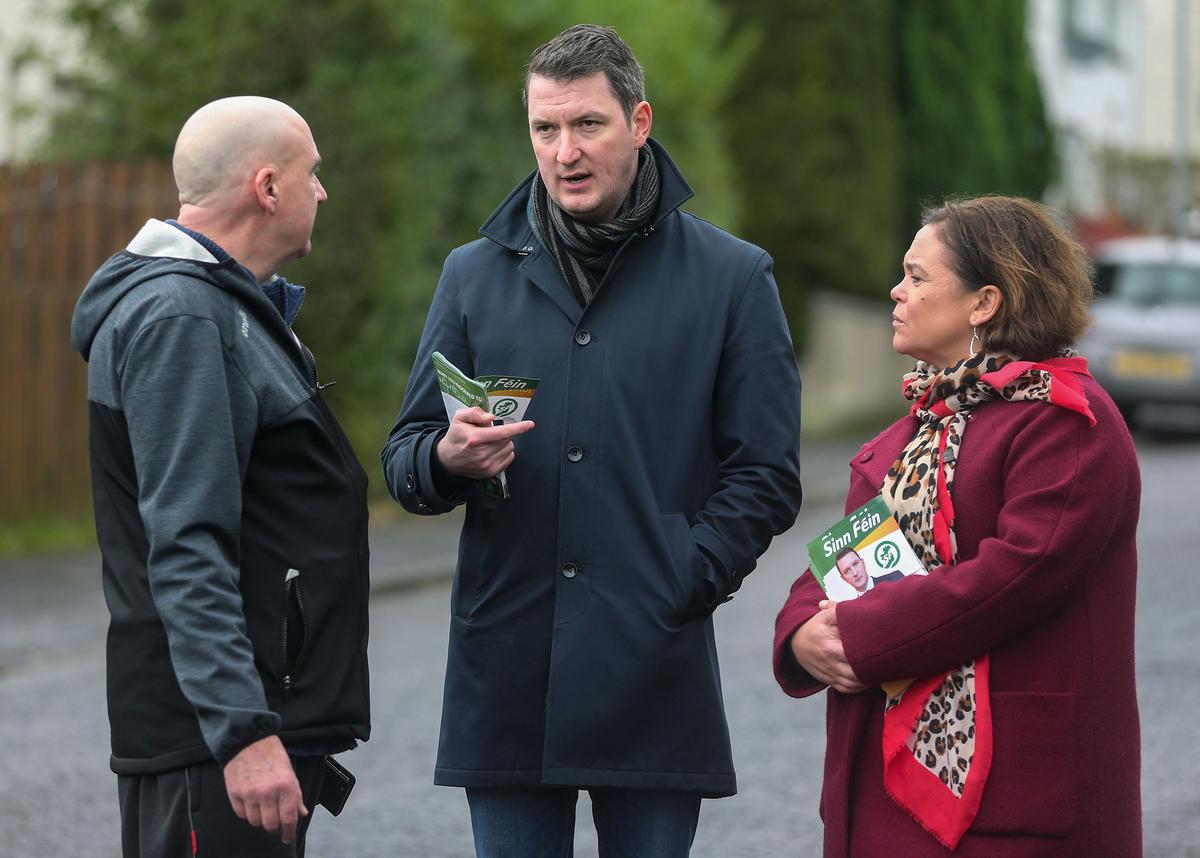 BELFAST (Reuters) – In a part of Belfast where huge “peace walls” still keep some Catholic Irish nationalists and Protestant unionists apart, Thursday’s UK general election could have far-reaching consequences in the decades-long battle for a united Ireland.

John Finucane, son of one of the most high-profile victims of British-ruled Northern Ireland’s bloody “Troubles”, is seeking to become the first nationalist elected by the historically pro-British constituency of North Belfast.

If he wins, 20 years after a peace deal mostly ended three decades of sectarian violence, it could help nationalist parties win more seats in the British parliament than their unionist rivals for the first time since the 1921 partition of Ireland.

Such a breakthrough would amplify calls for a vote on splitting from the rest of the United Kingdom, just as Brexit raises doubts whether England, Wales, Scotland and Northern Ireland can hold together after they leave the European Union.

“This election is different, it transcends party politics. Brexit is the key issue, it has changed everything,” said Finucane, 39 — the same age his father Pat, a fellow lawyer, was when shot dead in front of his family in 1989.

Finucane says Britain’s decision to leave the EU, which 56% of Northern Irish voters opposed in the 2016 referendum, has brought new supporters to his Sinn Fein party, the former political wing of the Irish Republican Army.

Ireland remains an EU member and the island’s now-invisible divide will become Britain’s only land frontier with the bloc.

The DUP could also lose Belfast South but a gain in North Down, where the independent unionist incumbent is retiring, would probably keep the nationalist bloc from passing them.

The DUP have declared Johnson’s latest deal with Brussels a betrayal which they say creates a damaging economic border between Britain and Northern Ireland. Johnson called the election to win a majority and end his dependence on the DUP.

No matter how high Brexit is on the agenda, Northern Ireland’s “constitutional question” still dominates, with most election posters emblazoned with either the Irish tricolour or the British Union Jack.

Sectarian tensions have been evident in the constituency Dodds has represented for almost 20 years. With a history of rioting, parts of North Belfast are separated by the peace walls, 15-metre-high fences behind which the two communities live parallel lives.

A poster removed by police accused Finucane’s family of being “steeped in the blood of our innocents”, while the DUP has accused former IRA volunteers of campaigning for Finucane.

“Support the DUP … or see the vote split and hand victory to those who would take Northern Ireland in the wrong direction and use that victory to call for a border poll,” Dodds told his party’s manifesto launch last month.

Unionists are hoping the danger of such a historic reversal will rally voters exasperated by Brexit failures.

“I don’t agree with the DUP position on Brexit, I think we would be better off remaining in Europe. But I always vote unionist and he (Dodds) is the unionist — we don’t want to lose the seat to Sinn Fein,” said Rob Jones, a North Belfast voter.

Under the 1998 peace deal, London is supposed to call a referendum in the province if it appears likely a majority of those voting would seek to form part of a united Ireland.

Sinn Fein, whose MPs do not take their seats in London, has increased calls for a border poll since the Brexit vote. Unionist parties’ loss of their majority at European and local elections has further emboldened nationalists at a time when demographic trends suggest Catholics will soon outnumber Protestants in Northern Ireland.

“It’s a tick-box exercise. Their (nationalists’) evidence will be that at every election in the last few years unionists have lost the majority, what more evidence do you need to call a border poll?” said Alex Kane, a former head of communications for the pro-British Ulster Unionist Party.

“And that becomes just another huge psychological political hammer blow for (unionists),” he said, adding that there was “a very real possibility” of such an outcome.