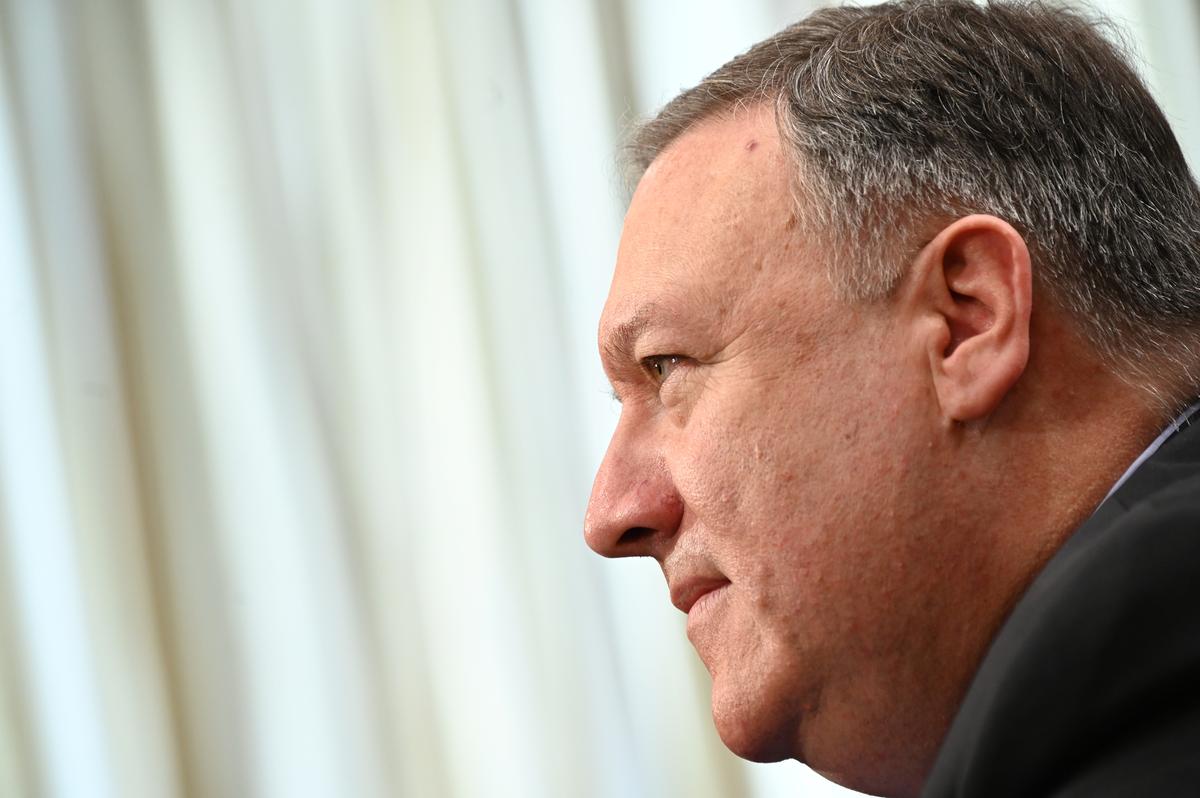 By Natalia A. Ramos Miranda

SANTIAGO (Reuters) – U.S. Secretary of State Mike Pompeo on Friday defended sanctions on Venezuela and said countries in the region would understand that the United States was not the “malign actor” in the socialist-run country’s deepening economic and political crisis.

Pompeo was embarking on a three-day visit to Chile, Paraguay and Peru, a clutch of fast-growing countries in a region where Washington concerns are focused on China’s growing presence, as well as the Venezuelan crisis.

It will be the first time since 1965 that a U.S. secretary of state has visited Paraguay, a symbolic gesture that experts say underscores U.S. commitment to the region.

Pompeo will also travel on Sunday to Cucuta, a Colombian border city receiving significant numbers of Venezuelan migrants fleeing hunger and violence in their homeland.

Venezuela’s crisis is expected to dominate the trip as the United States pressures President Nicolas Maduro to step down and urges more countries to join the coalition supporting opposition leader Juan Guaido. The region has seen a shift in recent years towards right-leaning presidents that have backed Guaido.

“This is an historic opportunity,” Pompeo told reporters en route to Chile’s capital Santiago, where he touched down in the early hours of Friday morning. The region contained countries that “were truly market driven, democratic in ways that we haven’t had in South America for decades,” he said.

The visit comes as Washington considers more sanctions against Maduro’s government and pushes Russia to remove its troops from Venezuela.

Critics have warned that heavy sanctions could hurt ordinary Venezuelans, already suffering from hyperinflation and food and medicine shortages. Pompeo said the people recognized the United States was not to blame for the country’s crisis.

“I think they understand who the malign actor is here and I think they’ll see all the countries in the region, including the United States, as truly trying to help them,” he said.

“There’s a deep recognition that this is a years and years long problem almost exclusively the result of Maduro handing over the keys to the country to Cuba, and that’s not the guy who you want being part of the conversation about how to move democracy forward.”

Roberta Braga, a director of the Adrienne Arsht Latin America Center at the Atlantic Council, said she expected Pompeo to flag the importance of Peru’s leadership as part of the Lima Group regional bloc in addressing Venezuela’s crisis.

“At the top of the priority list for Pompeo’s trip this week will be to continue to reinforce and strengthen the coalition that has been built in support of Guaido,” Braga said.

“Pompeo will likely reiterate the administration’s prior warnings to external actors, including China, Cuba and Russia, to not intervene in the crisis.”

While most Western nations have recognized Guaido as head of state, Russia, China and Cuba have stood by Maduro.

The International Monetary Fund (IMF) said this week Venezuela’s economy was expected to contract by one-fourth in 2019, and a further 10 percent in 2020 – a greater collapse than it projected in October.

During his travels, Pompeo is expected to highlight the gains from economic and trade cooperation with the United States, whose regional influence has been increasingly challenged by China.

China, whose booming economy over the past two decades has driven up demand for raw materials, is already the top trade partner for nations from tiny Uruguay to Brazil, Latin America’s largest economy and the world’s top soybean exporter.

The pivot by Latin American countries towards China for financing has alarmed Washington even as its own policy toward the region shifts.

Pompeo said the United States was “working diligently” to make sure Latin American countries had access to American markets.

Reporting by Natalia Ramos in Santiago, additional reporting by Lesley Wroughton in Washington; Editing by James Dalgleish and Rosalba O’Brien