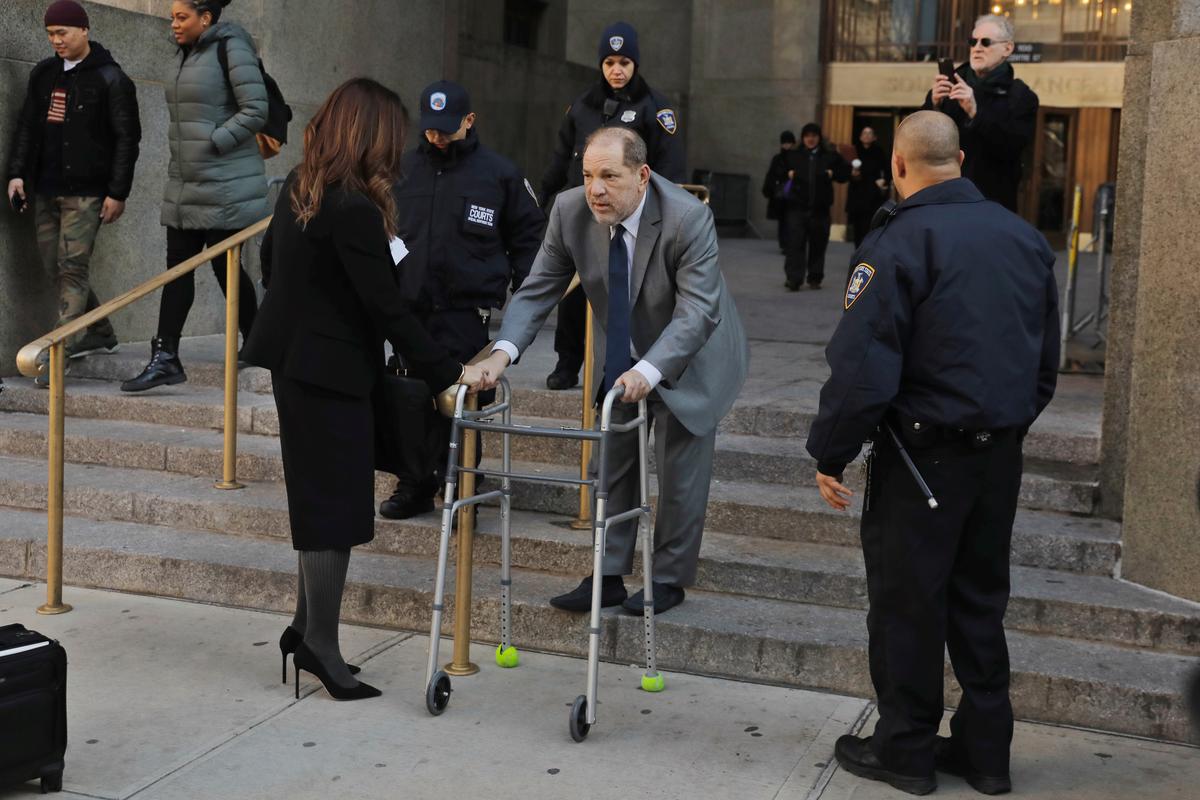 NEW YORK (Reuters) – Former film producer Harvey Weinstein on Wednesday asked a New York state appeals court to delay his rape trial and move it out of Manhattan, the day before the final phase of jury selection is scheduled to begin.

The motion filed publicly with the appellate division by one of Weinstein’s lawyers, Arthur Aidala, did not give a reason for seeking the delay or change of location.

Weinstein asked the appellate court to move the trial once before, on the grounds that media attention would prevent him from getting a fair trial in Manhattan, but that request was denied in October.

On Jan. 8, the day after jury selection began, Weinstein filed a motion for Justice James Burke to remove himself from the case, accusing him of bias, but the judge denied that motion.

A spokesman for the office of Manhattan District Attorney Cyrus Vance, which is prosecuting the case, declined to comment on Weinstein’s latest motion.

Weinstein, 67, has pleaded not guilty to charges of assaulting two women, and faces life in prison if convicted on the most serious charge, predatory sexual assault.

Since 2017, more than 80 women, including many famous actresses, have accused him of sexual misconduct dating back decades. Weinstein has denied the allegations, saying any sexual encounters he had were consensual.

The allegations helped fuel the #MeToo movement, in which women have gone public with misconduct allegations against powerful men in business, entertainment and politics.

Many potential jurors were dismissed in pre-screening after saying they could not be fair and impartial in the case.

Weinstein, once one of Hollywood’s most powerful producers, made his mark with critically acclaimed films such as “The English Patient” and “Shakespeare in Love.”