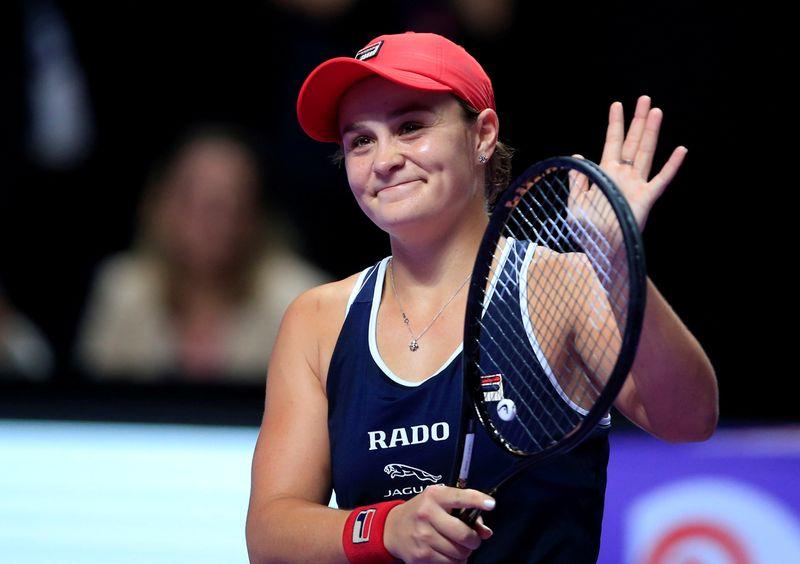 Top-ranked and top-seeded Ashleigh Barty fought back from an early deficit to defeat Russian Anastasia Pavlyuchenkova 4-6, 6-3, 7-5 and move into the quarterfinals of the Adelaide International in her native Australia on Tuesday.

Barty used 11 aces and won 72 percent of her first serves in the win, despite her slow start in the two-hour, 10-minute match. She cruised through the second set and was up 5-2 in the third before Pavlyuchenkova tied it at 5-5. Barty broke Pavlyuchenkova in the 11th game served out the match.

Romanian Simona Halep also advanced to the quarterfinals, beating Australian Ajla Tomljanovic 6-4, 7-5. Halep, the No. 2 seed, moved to 3-0 against Tomljanovic on the strength of seven aces and 19 winners compared to 11 unforced errors.

Mertens won 88 percent of her first-serve points compared to just 48 percent for McHale and never faced a break point in the match.

Also advancing were No. 2 seed Garbine Muguruza of Spain, who eliminated Yafan Wang of China 6-1, 7-5, and No. 3 seed Elena Rybakina of Kazakhstan. She defeated Tamra Zidansek of Slovenia 6-1, 6-4.